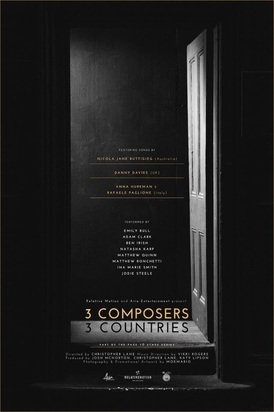 Composers
Nicola Jane Buttigieg is an Australian-Maltese author, composer and performer residing in London. She holds a Master of Music degree from Boston University and completed the UCLA Professional Program in Screenwriting.  She was the recipient of a Grants for the Arts Award from Arts Council England for her musical Jude, presented at YALE University. In 2007 and 2010 she received sponsorship from Really Useful Group Theatres (RUGT) for concert showcases of her musical theatre work at the Theatre Royal Drury Lane Grand Saloon, Covent Garden.  Other stage works include Báthory Nights; Beethoven in Vienna (Wishing Star Theatre, Chicago and Roy Arias Playhouse Theatre NYC); The Mystery of the Muddied Slippers (ISSH Tokyo, Japan and Westmoor School Chicago); The Legend of Beowulf (Cockpit Theatre, London) and When Tony Fell(Courtyard Theatre, London). 2012 saw the publication of her first novel, George’s Mysterious Christmas Pipe, and first piano-vocal songbook based on the Romantic poetry of John Keats, Bright Star, which is currently being recorded to CD. www.nicolajanebuttigieg.com

Danny Davies’ first musical, Loco Parentis, composed at the age of 19 years old alongside lyricist and librettist Judy Wolfson, was staged at the Wyllyotts Theatre in 1992. Following his graduation from Keele University in 1997, where he obtained his BA in Music and Educational Studies and his certificate in Education, he won two international songwriting awards and also wrote music for the BAFTA nominated, award-winning documentary Brainman. 2001 saw the debut performance of Merrick The Musical, Danny’s second fully scored musical with lyrics by Judy Wolfson, at The Pleasance Theatre, London. Hey Producer, Danny’s latest offering, is a collection of songs from past productions, more recent projects and songs written specifically for the album. From dramatic theatrical ballads to intimate cabaret performances, this album is an emotional roller coaster that demonstrates Danny’s wide range of composition and lyrical style. In the words of Dame Judi Dench, “I think Danny has produced something new and exciting. Have a listen and I’m sure you will agree.” www.piratemanagement.com

Anna Hurkmans, writer, translator and singer, was born in Haarlem, The Netherlands. She graduated from the University of Rome and became a teacher of German in Rome. She published a book of short stories and has been awarded several prizes for theatre plays, short stories, song lyrics and film scripts. With composer Raffaele Paglione, she wrote the musical Vincent on the life of the Dutch painter van Gogh, which was performed in the Netherlands. Their second work, Amore Impossibile, was about an impossible love story between Puccini and Mata Hari and has had workshops at RAM in London and staged readings at the Midtown Festival NY and at the Theatre Drury Lane, London. Their one act musical, Violet & Mussolini, was performed in London and Rome, where it was awarded the first prize at Schegge d’autore. Their most recent work, Casanova,was performed in Villa Torlonia in Rome. Anna is a member of Mercury Musical Development. www.inmusical.net

Raffaele Paglione was born in Rome in 1964. Pianist, composer and choir director, he writes in many areas of theatre, classical, pop and sacred music. His song “Too Much” was awarded the first prize at the International Songwriting Expo (Benelux). At present he teaches music and piano at the Scuola Media Don Bosco. He has written the music for many Italian musicals and with bookwriter Anna Hurkmans he wrote the musical Vincent (about van Gogh) and the musical Don’t Cry, Butterfly, which had two staged readings during the International Midtown Festival in New York and at the Theatre Royal Drury Lane, London. Thereafter he wrote the music for Violet and Mussolini which was performed in London and Rome, where it was awarded the first prize for one act plays. www.inmusical.net

Musical Director
Vikki Rogers trained at the Royal Conservatoire of Scotland on the MA Musical Theatre (Musical Directing) programme. Prior to this, she gained her BA (Hons) in Music at the University of Southampton and specialised in musical directing performance. Most recently, Vikki was Musical Director for the Work in Progress performance of Tales From The Bad Years at the Landor Theatre and Into the Woods Jr  at the American School In London. Other noteable MD credits include Nunsense (Brookside Theatre Romford), I Love You, You’re Perfect, Now Change (Riverside Studios, Hammersmith), Aladdin (New Athenaeum Theatre, Royal Conservatoire of Scotland), world premier of Beau’s Book, book and lyrics by Dr Andrew Fisher (Turner Sims Concert Hall, Southampton). She is currently producing and MDing her own cabaret, Love and Facebook. Vikki is also a talented conductor and triple reeds player.

Adam Clark is pleased to be making his debut here at the Landor Theatre performing in 3 Countries, 3 Composers, part of the From Page to Stage series. An accomplished singer and performer, some of Adam’s recent credits include: Robert in Company (Ed Fringe), Gordon/Mark US in Rent (FallenRock) and Chip in 25th Annual…Spelling Bee. He’ll be performing the role of Repunzel’s Prince at the Millfield Theatre for the Easter season. A special thanks to Chris and Josh at Relative Motion for this opportunity.

Natasha Karp recently graduated from the Mountview Academy of Theatre Arts having previously studied Philosophy at the University of Nottingham. Training credits include Annie Besant in The Matchgirls, Elsa in Flora The Red Menace and Kate in Brighton Beach Memoirs. Other credits include Oh! London! What’s Occurring (London Welsh Centre), Spotlight on Natasha Barnes (Landor Theatre) and The Songs of My Life: An Evening With Peter Polycarpou (Garrick Theatre).

Ben Irish trained at Arts Educational Schools London. His roles whilst training included Lt. Cioffi in Curtains, Sandor in Grand Hotel and cover Joe Cassy in Our House. Ben’s professional roles include Prince Edward in Cinderella (Wakefield Theatre Royal), Eddie in London the Summer Musical (Sunway Amphitheatre), Prince Frederick in Snow White and the Seven Dwarfs (The Grand Theatre, Blackpool), Broadway to Westend (Theatre Royal Drury Lane), Jack and the Beanstalk (Malvern Theatre) and Pollock in the film Journey to the Moon. Ben is currently in rehearsals for the 42nd Street charity gala at the London Palladium.

Matthew Quinn’s theatre credits include Richard in Dreamboats and Petticoats (Wyndhams Theatre, West End and UK Tour); Frank-n-Furter in The Rocky Horror Show (Hornchurch Queens Theatre); Uncle Eric’s Hard Days Night, Uncle Eric’s Italian Job, Carry on Uncle Eric (all for Stoke New Vic); Hysterium in A Funny Thing Happened on the Way to the Forum, PJ in Camp Horror, Hortensio in Taming of the Shrew, Herbie in Pick Yourself Up (all for Queens Theatre, Hornchurch); King Rat in Dick Whittington, Chuck the goose in Mother Goose(both for Liverpool Everyman); Beast in Beauty and the Beast and Dick in Dick Whittington (both for New Wolsey, Ipswich). Matthew is also an accomplished guitarist and bass player and is about to start rehearsals for Carnaby Street - The Musical, which will be touring the UK from April.

Matthew Ronchetti graduated from the Royal Academy of Music Musical Theatre Course in 2012. Since graduating his theatre credits include Major Shelley/Cover Dickon, The Secret Garden in Concert (Kings Head Theatre); Gaoler/Understudy Florizel, A Winter’s Tale (Landor Theatre); Guest Soloist, A New Horizon (Union Theatre); Man 1, Side by Side by Sondheim; Principle Ensemble, Songs of My Life: An Evening with Peter Polycarpou (Garrick Theatre); Billy Bow; Missing since Monday. Other credits include playing Matthew in the short film Grace Ending and the original cast recording of Billy Bow. Matthew is represented by Rossmore Management.

Ina Marie Smith is a graduate of the Central School of Speech and Drama and was most recently seen in London as Andromache in The Women of Troy at the Blue Elephant Theatre. Other theatrical credits include The Monkey Show, Lucille Lortell Theatre (NYC); Toy Story: the Musical (Original Cast); The Boychick Affair (NYC). Film credits include The Amityville Asylum, Tomoko, The Death of Jack Hamilton.

Jodie Steele is currently in her third year at the Guildford School of Acting, previously playing the roles of Celeste in Sondheim’s Saturday Night, Rosa Bud in The Mystery of Edwin Drood and Andrea in Jerry Springer the Opera. She is currently rehearsing for the GSA production of Jesus Christ Superstar. Before attending drama school, Jodie spent a lot of her time as a singer/songwriter and attended The Academy of Contemporary Music. As a strong commercial dancer, she was a part of a street dance company Cult, who were featured in many dance shows and competitions up and down the country. Jodie has recently signed with Mclean-Williams Managment and is excited for the adventures the industry has in store! 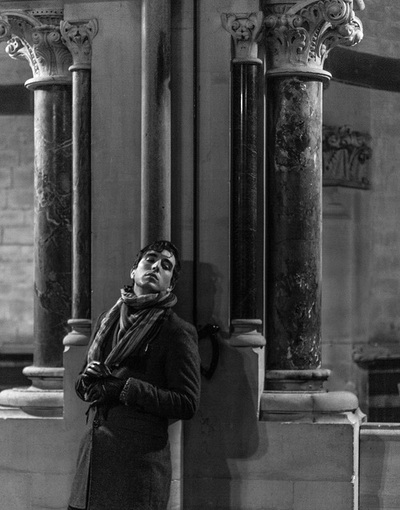 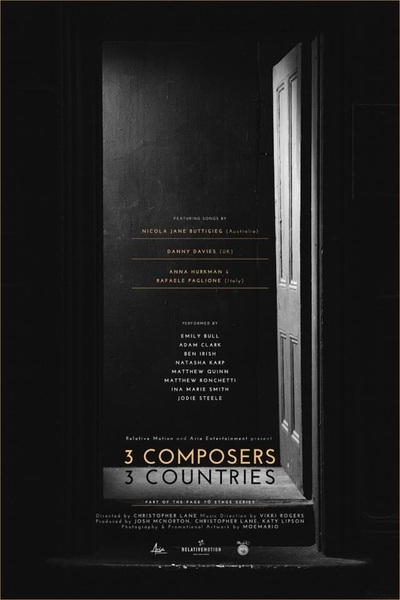 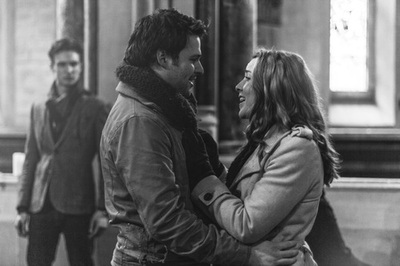 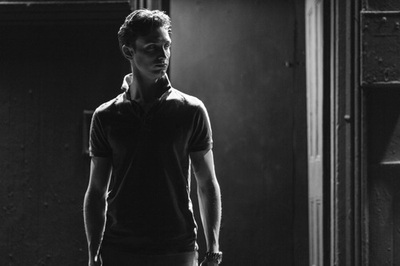 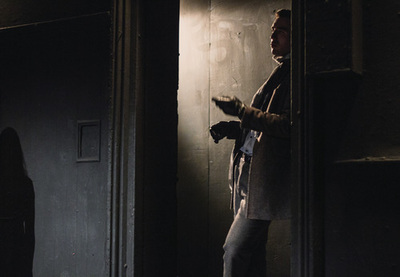 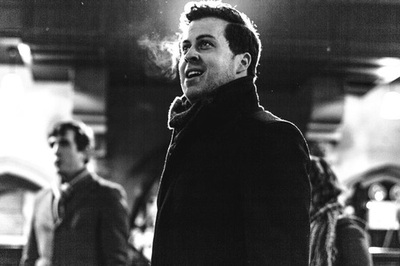 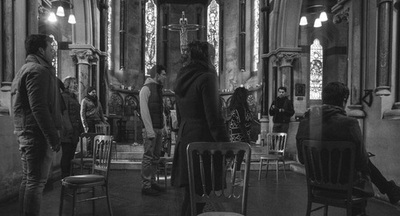 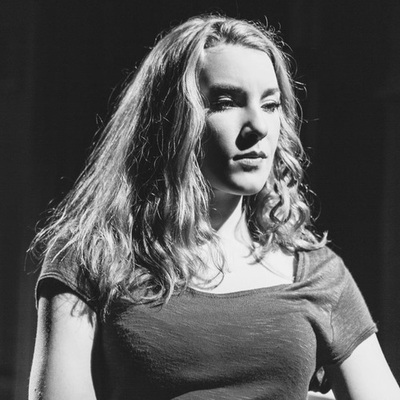 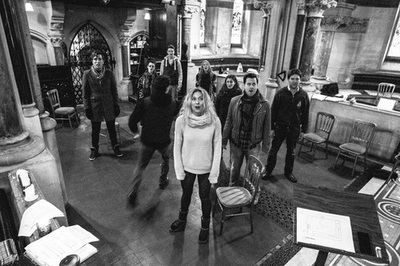